It Really Pays Off

I gave a speech at one of my best friend’s wedding on Saturday night and it was the best public speaking experience that I ever had. I wrote the speech early in the week and practiced it for a few hours until I had memorized it. In fact I practiced it so much that I started to recite it to my fiancé with an Irish accent, since I am not Irish and my accent wasn’t very good, she didn’t find it as funny as I did. As the ceremony ended and we all arrived at the reception, I didn’t feel as nervous as I used to feel when I was about to speak in public. In fact, instead of being nervous I was comfortable and confident. Instead of worrying about my nerves I made sure to think about vocal variety, eye contact and speech delivery. Being a member of First Oakville Toastmasters for almost a year and a half has really helped me, and I wanted to let all the newbie’s know that it really pays off. 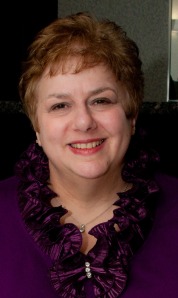 I had the distinct pleasure of Chairing the First Oakville Toastmasters Mary Heary Tall Tales Contest April 22, 2010. There were no less than 11 participants!! It was an exciting evening with speech topics ranging from mystery, adventure and green living to the traditional (and whopping) fish tale and mayhem on the open seas in a dragon boat!

Ann McNichol (kidnapped and dropped into another time and space) and Deborah Bartucci (adrift on the open sea, defying pirates with her fellow dragon boat paddlers) delivered speeches full of adventure and suspense.

Dave Webster(explaining the ‘other reason’ one should consider vegetarianism) and Matt Wagner, with his folksy tale of living in the BC interior and panning for gold (feel free to ask him about the asparagus!) were more subtle with their approach.

Gerry Bramm taught us his very valuable lesson learned while operating the ‘crusher’ at the mine. I’ll never fall asleep when I’m operating the crusher!

Katherine Ryell discovered the secret of ageless beauty and Esther Davis demonstrated her life of allegiance and obedience to the Government of Canada.

The judges had quite a challenge considering the quality and entertainment value of each and every speech.

Special Congratulations to our Winners:

The Area Tall Tales Contest will be hosted by our club on June 3, 2010. Please come out and support Ann McNichol.

Special thanks to our Chief Contest Judge, Donald Knowles for overseeing the judging process, as well as the judges, timekeepers and counters. Running a contest really is a collaborative effort and it is a pleasure to work with everyone to make the evening a success for all.

Posted on April 23, 2010 by firstoaktm | Comments Off on Elections & Tall Tales

I would like to thank everyone for the work that went into last night’s meeting. There is always more than meets the eye.

All the members of the nominating committee for the back ground work to ensure that there was a full slate of candidates for every position.

All the candidates for taking the step forward to be part of the election.

All the members who were elected and all those who were not. There will be many committees to be formed and many opportunities to serve the club.

Katherine Ryell for doing a wonderful job of running the elections.

Our 6 regular judges, the tie breaking judge, the 3 counters, and the 2 timers.

Our 11 contestants. Fabulous, think of it, 11 speakers. Special kudos for Adrian and Tyler for stepping out. Adrian has not even done his Icebreaker yet and Tyler just completed his.

Including the Chair and the Chief Judge we had 24 people involved in the contest. That’s incredible.

Comments Off on Elections & Tall Tales

Welcome to Our World

Posted on April 22, 2010 by firstoaktm | Comments Off on Welcome to Our World

Spring is in the air and with it we have welcomed some new little bundles of joy!  My niece gave birth to my grandniece March 31st, Linda Rossi welcomed her grandchild March 25th and the news we have all been waiting for is… 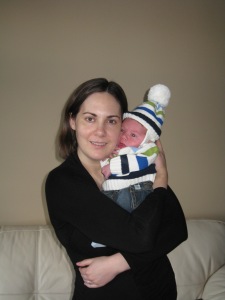 Attached are a couple of pictures of my new baby boy (John William Power) who was born one week ago on April 12 @ 8:54pm. William was born at 8 lbs and 12 ounces. Robbie and me are really excited to have him; he was over two weeks late; and I was starting to wonder if he would ever show up 🙂

Enjoy the rest of the Toastmaster Season; see you all next September.

Comments Off on Welcome to Our World

What an amazing time!!!

I am more than a little shell shocked, more like shock and awe, at hearing Mark Hunter speak. Matt has always said that public speaking was a performing art. Well, I just watched a Tony award winning performance. Or, more correctly, a TM world championship winning performance. It is probably going to take me the rest of the summer to synthesise and assimilate what I saw and heard. Mark Hunter is the 2009 TM World Champion speaker from Australia and he spoke twice.

The first time was at the Friday night First Timers session. This is a session put on by District for the people who are attending their first conference. It is a staged mix and mingle session to ease people into the process. Mark gave about 10 minutes of welcoming to the Newbies. 10 words into his welcome it became abundantly clear that this man was good; very, very, good. From a SCD (structure, content, delivery) point of view that 10 minutes was worth the price of admission.

The second time that Mark spoke was at the Sunday Brunch. He discussed in significant detail his first speech, Face to Face, Eye to Eye, Heart to Heart. He then gave the speech, followed up by more discourse and 15 minutes of Q & A. Mark then discussed more thoughts on speech making, including quotes and references, and delved into his championship speech A Sink Full of Green Tomatoes. This is where the shock and awe sets in. I have heard a few speeches in the last 3 years but nothing even close to this. Reduced to 1 word, that 1 word would be exquisite. On to other things.

After the First Timers session there was a Magic Show by the Great Gerard, a Toastmaster, which was very good. After that came a hypnotist. This person, Paul Anthony, ran way too long, about 45 minutes over. Paul was very good at what he could do, but his Don Rickles sarcastic approach did not work for me. He stopped being amusing as he took control over people’s subconscious selves and repeatedly turned them into mindless performers to the mirth of the assembled masses. I left early. I am told by people who stayed how late he went.

Saturday was much better with; the Banner Parade, Opening ceremonies, Workshops, luncheon with various award presentations, the International Speech Contest, the Business Session and then the Governor’s Ball. It was a busy day.

The workshops were informative, the awards luncheon was tastefully done, and the speech contest was very, very good. Gregory C.N. Smith won, Frederique Herel was second, and Annette Lavigne was third.  In the business session Meri McCartney was elected DG, Avis Brodie was elected LG Education and Training, Janice MacDonald was elected LG Marketing, Katie Chida was elected Public Relations Officers, Paul Lynott won Gvr for Divison A, Liv Cools-Lartique B, Myrna Bartha C, Suzette Leeming M, Ian Horne N, Fraser Parry S, Melanie Jessup W, and Justin O’Donnell L. All spellings are approximate. Chris Czerwinski, the AG from Area 52, didn’t have a chance for Divison Governor for L. He didn’t do much promoting and did not even have a picture on the web site. Justin, on the other hand, was constantly promoting and worked very hard for his win. The last item of the day, the Governor’s Ball was another very well run dinner meeting.

Sunday dawned blearily early with a workshop, the Evaluation Contest, and the Sunday Brunch with the grand finale of the Keynote Speaker. The competition was won by Harry Ansara with a flawless evaluation befitting a DTM. Second Place was by Katherine McLean and Julie Boyer of Trafalgar placing third. A remarkable performance by Julie who has only been a Toastmaster for about 7 months.

Thoughts. A highly commendable project carried out extremely well. To be sure there were assorted professionals sprinkled in the soup mix but it was all done by volunteers. Very impressive indeed. The food was good, the hotel was well situated for me, the presentations useful, the speeches well done, the key note was awesome.

Overall, a very good example of Toastmasters. I have no idea if this was the norm or an exception as this was my first Conference. That being said, I am looking forward to the next one in November, if not for the fun then for comparative purposes.

Note: Details have been corrected.